As many users know, not every design produced in SOLIDWORKS is small. Some designs require over 100,000 parts and being able to view, manage, document, and assemble a large product should not be a daunting task. Luckily, SOLIDWORKS’ Large Assembly Mode has made that process easier. Available in SOLIDWORKS Standard, Professional, and Premium packages, Large Assembly Mode has key features such as configuration tools, large design review, and magnetic mating allowing users to view the whole picture or work in specific areas without the risk of losing data. 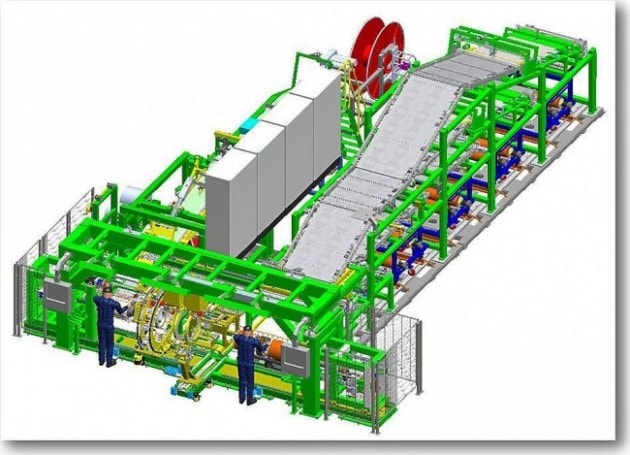 Large Assembly Mode has been assisting users with its useful tools such as configuration which will demonstrate the detailed and the simplified versions of a design so the user can compare variations of assembly. With configuration tools, users are also able to create a configuration for each step of the process during manufacturing. The newest release of SOLIDWORKS allows users to automatically group components with the same configurations in one place, making them easier to find.

Large Design Review lets users quickly and easily maneuver through a design and create snapshot views with comments or create a video to highlight certain areas in different perspectives in case they need to be edited or revisited. This feature makes communication simpler which lets you communicate various aspects of your design more clearly to a team.  In Large Design Review, users can quickly open a large design and select individual items for editing, measuring and obtaining dimensions, and also select certain parts of the assembly.

Magnetic Mating is a helpful tool that quickly pieces and snaps components together and helps utilize the allowed space more efficiently saving time when trying to complete a design. SOLIDWORKS 2017 has made dragging around components much smoother and faster in the latest release with no bumps or lag when arranging an assembly.

SOLIDWORKS has really stepped up their game for users who are building large assemblies, and there is a noticeable difference right off the bat. In previous editions, the wait time for an assembly to load was drawn out, and there were only a few options to work on while waiting: zoom in, zoom out, and rotate.

Once the large assembly has been loaded, the shortcut menu will now only display the most commonly used tools first. When the user is adding mates to components, they will now be placed more strategically so they’ll be located near relevant components. In previous versions, some components were hidden from view or placed off-screen.

SOLIDWORKS 2017 will also include several other updates to enhance the user experience. There will be a noticeable difference when using ground planes, and users will now be able to designate floor location without having to mate multiple parts to a plane individually. Drawing references will be maintained when a subassembly is replaced with a multibody part created from the subassembly. And there is also going to be an improvement with SpeedPak. Users can now include reference geometry and curves along with being able to select sketches from any level of the assembly.

Don’t get bogged down any longer. The improvements to Large Assembly Mode are going to save time and space while eliminating inconveniences when updating and downtime while uploading. Get busy assembling with SOLIDWORKS 2017.

You can get more hands on information by attending a SOLIDWORKS 2017 event near you where we discuss even more enhancements and features in the latest release.