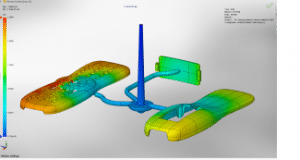 Do you want a demonstration? I hosted an in-depth webcast on the newest release of SOLIDWORKS Simulation 2018 covering solutions from stress/deflection, electromagnetics, topology optimization, injection molding scenarios, casting simulation, and more. Let’s get started!

The features I’ll further discuss in this blog will be across all packages of SOLIDWORKS Simulation and will be explicitly called out when discussed.

What are the top enhancements for SOLIDWORKS Simulation 2018?

SOLIDWORKS 2018 released many new exciting features for SOLIDWORKS Simulation 2018. In this blog, I’ll be discussing what I feel are the most significant upgrades in the latest release.

Topology studies work by minimizing mass through a designated domain and criteria. Starting with a maximum design space (which represents the maximum allowed size for a component) and considering all applied loads, fixtures, and manufacturing constraints, the topology optimization seeks a new material layout, within the boundaries of the maximum allowed geometry, by redistributing the material. The optimized component satisfies all the required mechanical and manufacturing requirements.

For example, you can optimize the part of a pulley as shown in the image below in blue. The parts of the pulley shown in blue are pieces of material that could be removed while still maintaining the structural integrity of the overall pulley. 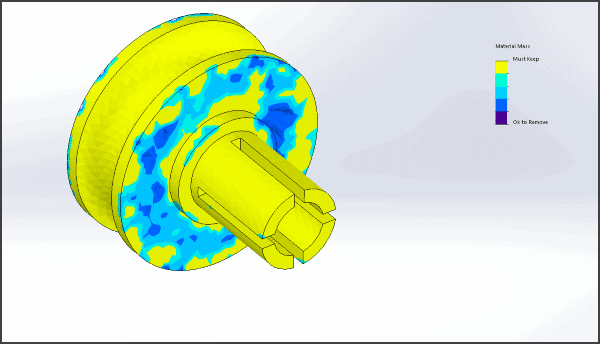 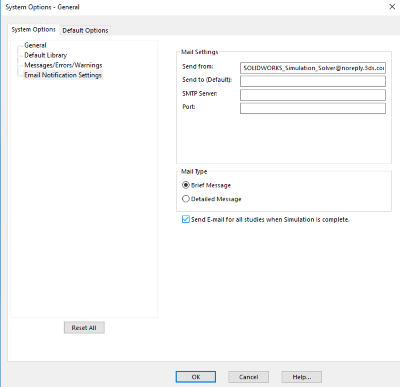 For example, for the two models shown below, you can define two pins (one for each model) to connect the two rotating parts and the six cylinders of a hinged plate.

Users can also import all simulation features or select which features to import into the new assembly study.

Now in SOLIDWORKS Simulation 2018, users can create simulation results plots by importing data from an external file. Previously, you would have to do a pack and go and load a CWR file to import results. Now, users can import an input file that can be either a text *.txt file or a comma/space delimited *csv file. The current mesh of the active study and the mesh form which the imported results are derived must be identical.

As I stated above, the enhancements discussed in this blog are only brief descriptions. I explained more depth on all of the above features in my  webinar.

‘Tis the Season to Get Your End-of-Year SOLIDWORKS Discount 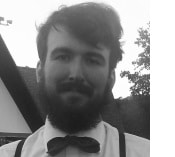 Drew Buchanan earned a BS in Mechanical Engineering from the University of Pittsburgh, and a MS in Mechanical Engineering from Villanova University. He has been working with Computer-Aided Engineering (CAE) tools since the mid-2000s when he was an engineering coop with Siemens Power Generation. Upon graduation, Drew worked in the Energy industry for six years working as a design and analysis engineer for design and analysis applications. He joined Fisher Unitech in 2015.