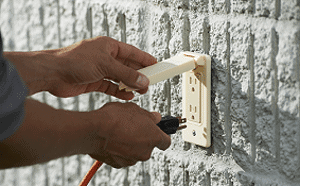 Whether you are considering the purchase of a Stratasys FDM (Fused Deposition Modeling) 3D printer, or already have one, it’s important to us that it be used to its fullest potential. That means using the right materials in the right application. But if you’re new to the world of Additive Manufacturing, you may find the selection of materials to be a bit unfamiliar. In this blog series, I’ll try to shed some light on the Stratasys FDM materials, let you know where they shine, and what to expect when using them. Today I’ll focus on ABS, PLA, and ASA. Read on to learn more!

The 3D printing industry has rallied around two primary materials: ABS and PLA. ABS material came first, as the material of choice for FDM when the technology was first patented by Scott Crump in 1989. More recently, the hobby market has surged with low-cost Fused Filament Fabrication (FFF, the non-trademarked term for filament-based extrusion) printers.

What is ABS material?

Acrylonitrile Butadiene Styrene is a thermoplastic polymer; ubiquitous in the injection molding and thermoforming industries as a durable general use material.

The polybutadiene rubber monomer adds flexibility and impact-resistance, while the styrene monomer imparts chemical resistance, hardness, and ABS’ characteristic shine (acrylonitrile essentially holds it all together). By adjusting the ratios of these monomers and adding various plasticizers, plastic manufacturers can produce various blends to fit specific applications. The ABS material used by Stratasys (ABSplus-P430 and ABS-M30) are specialized for reliable FDM without carbonization in the print nozzle. An ISO-certified blend is available as ABS-M30i, as well as electrostatic dissipative ABS-ESD7. In addition to increasing its electrical conductivity, the added Carbon in ABS-ESD7 increases its strength and stiffness by about 10%.

What is ASA material?

ASA (Acrylonitrile Styrene Acrylate) material is chemically very similar to ABS except for the rubber monomer; polybutadiene is replaced with acrylate rubber.

Butadiene is UV-reactive, causing ABS to become brittle in sunlight, so this change makes ASA far more resistant to UV light and (depending on the specific acrylate ester) imparts a slightly better chemical resistance profile.

Like most plastics, ABS and ASA have fairly high Coefficients of Thermal Expansion (CTE). This can be problematic in 3D Printing, as it creates internal stress as parts are printed, which can lead to warping, weak parts, and layer separation. To combat this tendency, all Stratasys 3D printers utilize a heated build chamber. The idea is to keep the entire part as hot as possible (without melting or sagging), then allowing the completed part to cool uniformly after printing. This, along with very precise shrink factors, is a primary reason Stratasys machines can boast printing accuracies about the same as injection molded parts.

Because ABS and ASA are reliable,  inexpensive, come in a variety of colors, and print using soluble support materials, they have become a staple for prototyping; ASA for outdoor-use parts, ABS for everything else. Both materials also dissolve in solvents like acetone, which allows easy smoothing of layer lines. But they’re also a great low-cost and low weight option for manufacturing aids.

Like prototype parts, surrogate parts are representative of the final product but are used in pre-production to validate processes. A common application is to build “dummy” parts in different colors to indicate assembly order for training. Mostly hollow (“sparse-filled”) parts may also be used as sacrificial placeholders to validate machining toolpaths or weighted (filled with sand or shot) to dial in part kinematics in robotic arms. Elsewhere in the plant, lightweight ergonomic handles/grips, light-duty assembly fixtures and jigs, dunnage, tool caddies; all are applications well-suited ABS and ASA.

There are also applications for the soluble support material itself, as sacrificial tooling. Insight users can process a part with the model and support materials inverted, such that the finished product is made of support material, with supporting structures made of ABS/ASA. The resulting part can be wrapped with fiberglass or carbon fiber, dipped in rubber, even electroplated/metalized, and then simply dissolved away. The same concept can also be applied to casting in sand, plaster, or silicone. SR-20, SR-30, and SR-35 support materials are all soluble in a heated alkaline solution (usually WaterWorks or EcoWorks).

What is PLA material?

No conversation about 3D printing materials is complete without mentioning PLA, as it is arguably the reason 3D printing has become so prevalent. 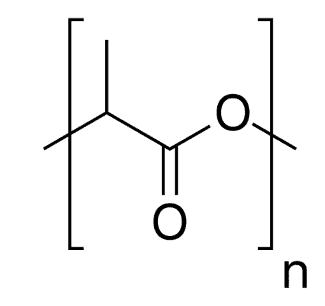 PolyLactic Acid (or polylactide) is a naturally translucent polyester sourced from natural starches (corn, sugarcane, etc.). It’s hard and rigid, with a low Glass Transition temperature (Tg) and is biodegradable (compostable), making it popular in food packaging and disposable tableware, among other “eco-friendly” products. A lower CTE means that PLA expands less than most ABS blends when heated, and since it extrudes at about half the temperature of ABS, there’s far less heat driving that expansion. This effectively negates the need for a heated build chamber (drastically reducing the overall cost-potential of printers) and reduces the risk of burn injury (expanding the potential user base). I believe it was these factors which allowed 3D printers to become viable consumer products.

But PLA is a great material in its own right and is now available on the F123 series line of Stratasys 3D printers. It is comparable to ABS in its susceptibility to UV degradation but harder and stiffer than ABS, and resistant to acetone. PLA’s unique properties have made it difficult to formulate reliable soluble support materials. But those same properties make model-based support structures more robust and easier to break-away; so most PLA printers print with a single nozzle. Printing with PLA on F123 Series 3D printers entails replacing the model head with a dedicated PLA extruder, and the support head with a cooling module. Since there’s only one extrusion tip, the automatic pre-build calibration is all that’s required, so the change is quick. And without the need to heat, prime, and purge a second nozzle, it’s possible to build up to twice as fast in PLA (as compared to ABS).

The catch with PLA relates to those model-based support structures, which must be manually removed and do negatively affect surface finish. But by considering build orientation, and optimizing part features to reduce the need for support, PLA can be a very effective material –

especially for early stage prototypes. It is often worthwhile to print a drastically simplified version of a part in PLA to check critical areas, before printing the full model in another material (for example, building a complex housing without any internal geometry with a sparse infill to check clearance, or building just the bottom portion of a part to check mounting hole placement. PLA is also useful for light-duty assembly fixtures (which often have no overhangs and don’t need to be solid) and inexpensive dunnage. PLA parts can also be annealed to increase strength and heat resistance by as much as 40%.

For prototyping and light production support, ABS, ASA, and PLA are excellent cost-effective materials. But when it comes to printing end-use parts, tooling, and heavy-duty fixtures and jigs, an engineering thermoplastic is called for. In my next installment, I’ll focus on Polycarbonate, PC-ABS, and Nylon12.

The Value and Benefits of FDM Sacrificial Tooling 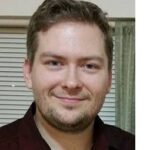 Dan Erickson is a student of life. With a BS in Mechanical Engineering Technology from Michigan Tech University and a penchant for tinkering, he is driven to understand how the world works and improve wherever possible. After several career iterations, Dan came to Fisher Unitech in 2011 as a SOLIDWORKS Support Engineer. He has since followed his passion for transformative technology to the 3D Printing department, supporting the Sales and Marketing teams as 3DP Application Engineer.