Finite element modeling (FEM) continues to evolve and makes solving multiphysics problems easier and easier for users. No longer, are the days of dedicated engineers or programmers sitting in cubicles writing code to solve finite element problems. SOLIDWORKS Simulation has set the bar for making FEM easier for users while still being computationally powerful. In this blog, I will cover one of the newer capabilities in SOLIDWORKS Simulation that can save you a lot of time: the “Blended curvature-based mesh” feature.

Ultimately, one of the hardest parts of modeling within the finite element realm is meshing. Often times meshing can be one of the most tedious and time-consuming aspects of setting up an FEA model prior to running. What happens if you get into the situation where there is a meshing failure as shown in Figure 1 below? 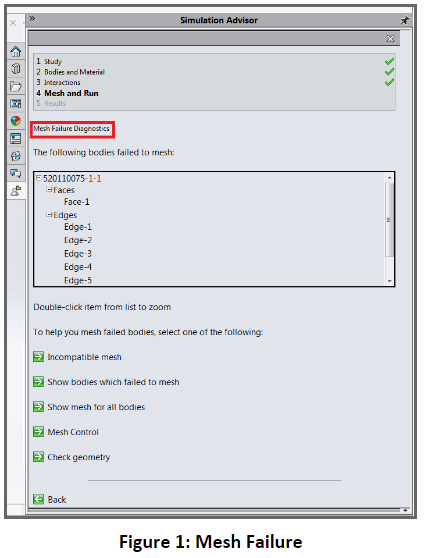 There are some great traditional approaches that I encourage you to use, such as mesh controls and incompatible meshing during mesh failures. However, in certain circumstances, even the combination of mesh controls and incompatible meshing may not resolve your meshing error. So what do you do? You use the SOLIDWORKS Simulation “Blended curvature-based mesh” feature as shown in Figure 2. 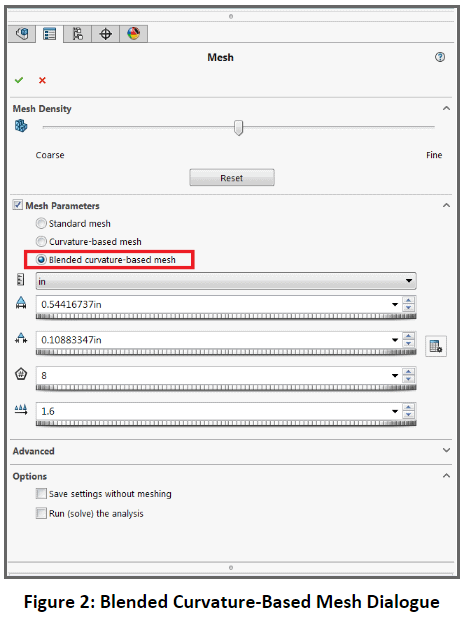 The blended curvature-based mesher is an improved algorithm that provides a much higher quality surface mesh. The mesher is able to zone in on certain regions of a model and deliver a more efficient mesh. Thus, edges in areas of no interest have fewer elements, while adding more elements in areas which require more detail. It is a much more sophisticated meshing algorithm and as a result, it will often be able to mesh models that would fail under the standard or traditional curvature-based mesh algorithms. As a result, it is a valuable new feature in SOLIDWORKS Simulation that can save a lot of time during finite element analysis. The process of setting up a blended curvature-based mesh is identical to the curvature-based mesh with the exception of one button: “calculate minimum element size”, outlined in red in Figure 3 below. 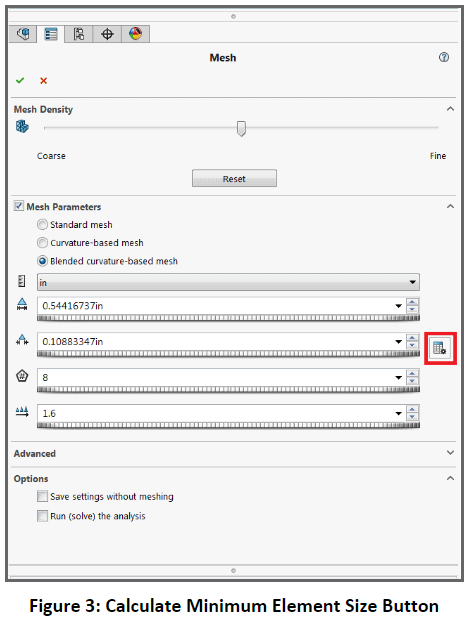 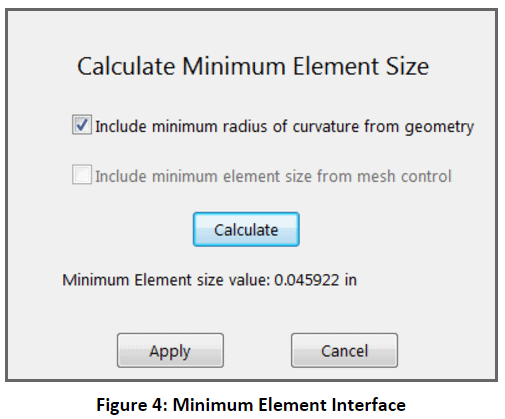